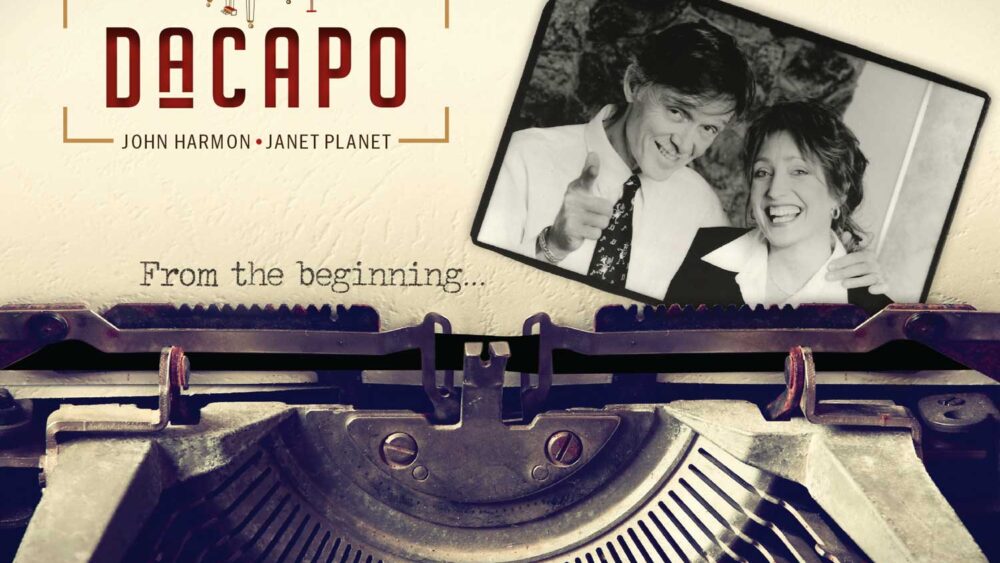 John Harmon, who is now 83, studied with Oscar Peterson at the Lenox School of Jazz in the late 1950s, was an influential educator at Lawrence University, and led the successful fusion group Matrix during 1974-81. He has freelanced as a pianist and composer ever since.

Da Capo has Planet and Harmon performing 13 of the pianist’s songs. He also provided the words to eight of the numbers (“El Tigre” is wordless) with the vocalist writing the lyrics for the other four tunes. Eight of the selections have the duo joined by bassist John Gibson and drummer Zach Harmon with tenor-saxophonist Tom Washatka making two guest appearances and guitarist Tom Theabo helping out on “Sundowner.” A few of the numbers were previously recorded years ago including “Another Lonely Spring” and “I Raise My Glass” which were part of the More Beautiful Than Planned album.

Da Capo is full of memorable melodies and top-notch singing. The program begins with the medium-tempo “To Be Yet Again,” a happy tune celebrating friendship. “Lucky Me” is a little funky but also has some boppish singing from Planet. The next few songs are ballads. “The Gift Of Surrender” features tender singing and sensitive piano. “Sundowner” is picturesque song, has attractive piano patterns, and is an Americana song that Vince Guaraldi would enjoy playing. “In A Perfect World (A Father’s Dream)” is a touching piece with quietly emotional singing while “Child Of Light/A Lullabye” has some particularly heartfelt piano playing.

One could imagine “Today And Everyday,” one of several songs on this set that cross musical boundaries while being based in jazz, becoming a standard in the future if it is heard enough; the melody is that good. The rhythm changes tune “Half A Bubble Off” has a witty and tricky melody and some excellent scat-singing before it gives Harmon an opportunity to stretch out, recalling his days leading a trio in New York in the early 1960s. The introspective “Lately” and the melancholy “Another Lonely Spring” are followed by the happily swinging “The Time Is Right.” Other than some wordless explorations at its beginning, “El Tigre” is primarily an infectious instrumental with spots for Washatka’s tenor and Harmon’s electric piano, hinting a bit at vintage Chick Corea. The satisfying set concludes with the heartwarming “I Raise My Glass (To You”).

Da Capo, a set of warm and beautiful music, features Janet Planet and John Harmon at their very best.

Scott Yanow, jazz journalist/historian and author of 11 books including The Jazz Singers and Jazz On Record 1917-76